Dr Rob Enever, Head of Science and Uptake at Fishtek Marine, tells us how the money raised through their share offer is helping to prevent marine life being accidentally caught in fishing nets around the world. 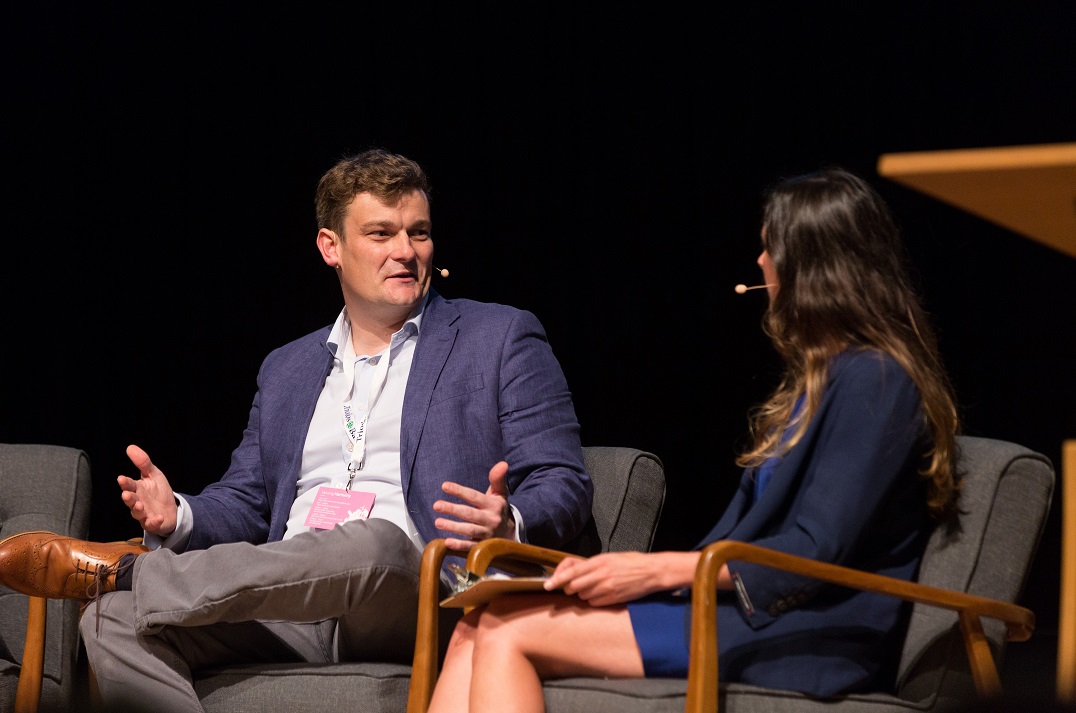 Son of the skipper of the Rainbow Warrior and head of Science and Uptake at Fishtek Marine, Dr Rob Enever, spoke at our recent annual meeting about how the money raised through their crowdfunding investment offer is helping to prevent marine life being accidentally caught in fishing nets around the world.

Fishtek Marine was born out of a passion to help tackle the worldwide problem of marine bycatch, which is having a significant impact on many ocean species causing some to be threatened with extinction.

Our founders, brothers Pete and Ben Kibel, a marine biologist and engineer respectively, started developing products to deter animals from nets using their own money. However, in order to further product development, drive sales and raise awareness we embarked on an investment crowdfunding campaign with Triodos for a £900,000 offer for shares in the company in July 2018.

We received £400,000 of capital raised at the first close of the share offer in December 2018 and the impact on Fishtek Marine has been absolutely transformative. Part of the investment has been spent developing a commercial version of our SharkGuard product, which aims to minimise the huge global problem of millions of sharks being killed, injured or caught by longline fishing vessels every year. Early prototype trials showed a 90% reduction in shark take. Sea trials of the SharkGuard will take place in France this summer, which will enable us to further measure the effectiveness of the product in action.

Currently hundreds of thousands of sea turtles are also caught up in fishing nets every year. The investment is helping us develop our new, low cost NetLight which is deigned to illuminate fishing nets, so turtles, seabirds and dolphins are able to see them and avoid them. Sea trials of NetLights are currently being carried out in Northern Cyprus and El Salvador and we’re excited about the results we’ve seen so far, especially as recent results from Latin American trials showed 80% reductions in bycatch across all species.

Rob Enever and Dan Hird, Head of Corporate Finance at Triodos Bank, in conversation at the Triodos Bank 2019 Annual Meeting

We have also invested in boosting our team to help us to develop global awareness of our products, which includes recruiting people in Australia, and Norway. The funding received has also enabled us to carry out further research and development activities in order to strengthen the evidence base regarding the effectiveness of our devices.

Here in the UK we have been working with fishermen and engaging with UK policy makers to minimise cetacean bycatch occurring in the Cornish set net fisheries. We are developing a strong and robust evidence base around the efficacy of pingers which we will share with marine managers who will make the decision about whether to license pinger use on nets in these fisheries - hopefully in time for the next set net season in winter 2019. Its great to hear the feedback from fishermen about the 100% success rate in preventing porpoise and dolphin bycatch since using our pingers.

This would not have been possible without the crowdfunding investment. For all those who invested, we’d like to say a huge thank you. What you have enabled us to do is quite simply phenomenal and is helping us to achieve our overarching goal of helping to tackle this huge problem and stop millions of sea animals being injured or losing their lives every year.

The Fishtek Marine share offer closed fully subscribed on 21 May 2019 after reaching its £900,000 target.
Back